After my first time running in the rain yesterday, I felt like I was sweatier than after a normal (dry) 45 minute run. Maybe I did sweat more, maybe I was just covered in sweat AND rain (this was the likely case). Regardless, I had a strange craving for salt at dinnertime, which is strange because I HATE salt. I didn’t think much of it until I saw this article on Active.com today called Electrolytes 101.

So what’s the deal with electrolytes? Some of the more familiar electrolytes include sodium, potassium, calcium and magnesium. Sodium is the electrolyte lost in the highest concentration in sweat.

Do I need to consume extra electrolytes after a workout? You are unlikely to need extra electrolytes to replace those lost in sweat unless you’re exercising for more than 4 hours. In that case, salty recovery snacks could be a smart choice—particularly if you are prone to muscle cramps. Potassium deficiency is unlikely to occur in athletes because the body contains much more potassium than even a marathoner might lose during a hot, sweaty race.

Do I need to replace my sodium? The concentration of sodium in your blood actually increases during exercise because you lose proportionately more water than sodium. Hence, your first need is to replace the fluid. You can easily replace the 800 mg sodium lost in two pounds of sweat during a hard hour-long workout by enjoying a recovery snack of chocolate milk and a bagel with peanut butter. Many tired athletes report the salt helps revive them so they feel better. Plus, it helps with rehydration because it holds water in your body.

After extended sweaty exercise, you should plan to replace sodium if:

Will a sports drink help? If you are tempted to replace sodium losses with commercial sports foods and fluids, note that most of these engineered products are relatively poor sources of sodium.

So I guess go by how your body feels and how long and sweaty your workout was.
Read the entire Electrolytes 101 article at Active.com. 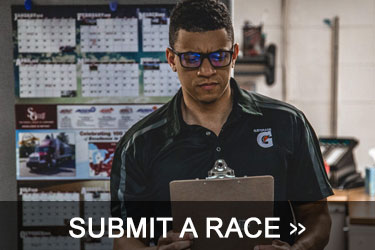